Reuse is a central thematic in Rotor’s work. To such an extent that one can be tempted to reduce Rotor to this topic alone. But how are we exactly engaged in this topic? A few elements of explanation.

If our first interest for reuse came with industrial leftovers Rotor Database , we quickly switched our attention to the reclamation of construction materials and elements. This practice is an alternative to the destructive demolition of buildings. It consists in dismantling (parts of) them more carefully, so as to preserve the integrity of their components. These can then be reused in other construction projects.

Reuse was a very common practice throughout history. It only started to decline at the beginning of the 20th century. 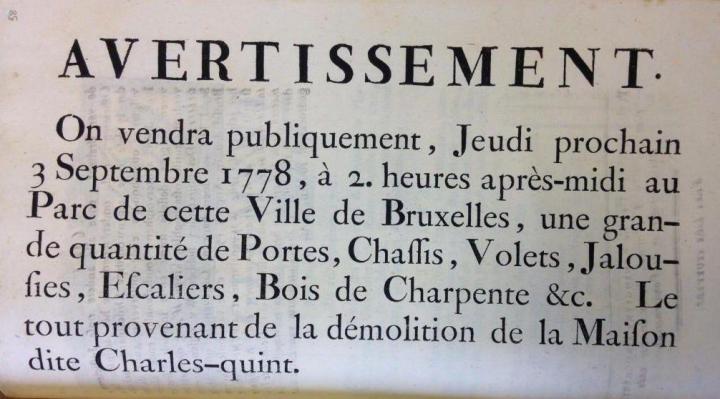 At the end of the 18th century, for instance, it was still common for an owner who wanted to get rid of a building to announce it publicly, through placards shown in important places in the city. These announced to any concerned stakeholders that public auctions would be held to get rid of of construction elements coming from these to-be-demolished buildings. In such a scheme, the demolition of a building was a source of profit: demolition contractors were ready to pay to intervene in the buildings because the knew that they would earn money by recovering the construction elements (either in their own construction sites or by selling them).

A bit later, in the middle of the 19th century, in Paris this time, the huge works carried out by Napoleon III and Baron Haussmann to transform the city did put a huge amount of materials in circulation. Some contractors, such as Achille Picart, became famous for developing a flourishing business around the reclamation of construction elements. 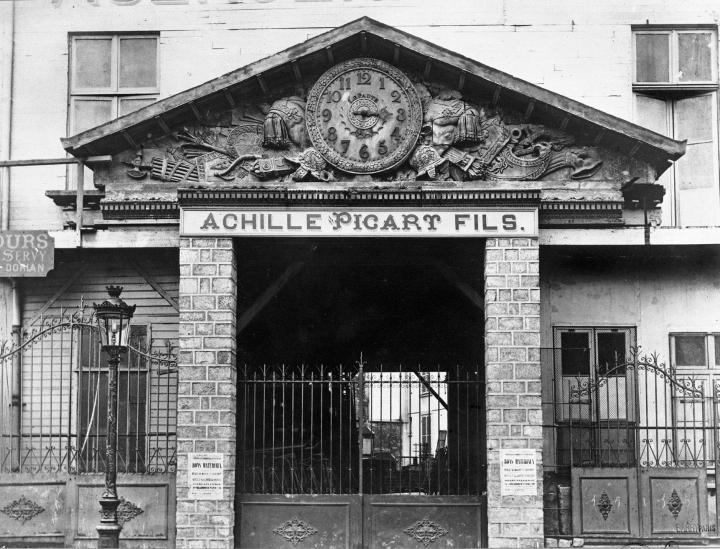 But if you could jump a century ahead, and land in 1972 in Saint Louis (USA) for instance, you would see that demolition has now become a totally different story.

Instead of being considered as stocks of potential resources, buildings became source of actual waste - that had to be discarded as quickly and as efficiently as possible: often thrown away in rivers, swamps or brown fields.

What had changed in a little less than 100 years?

Many things, of course. Among them: 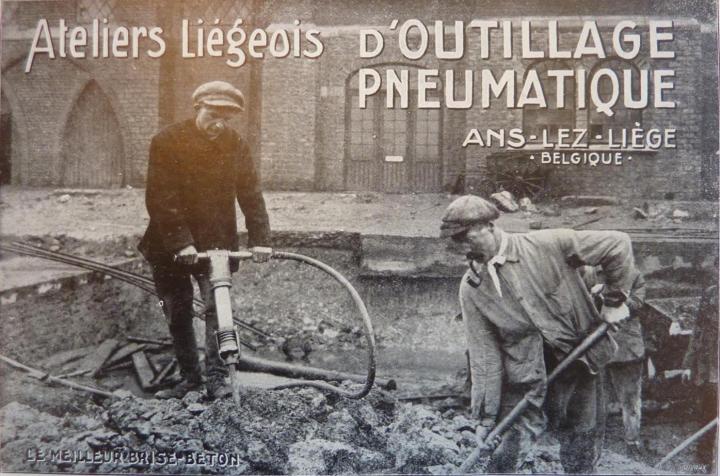 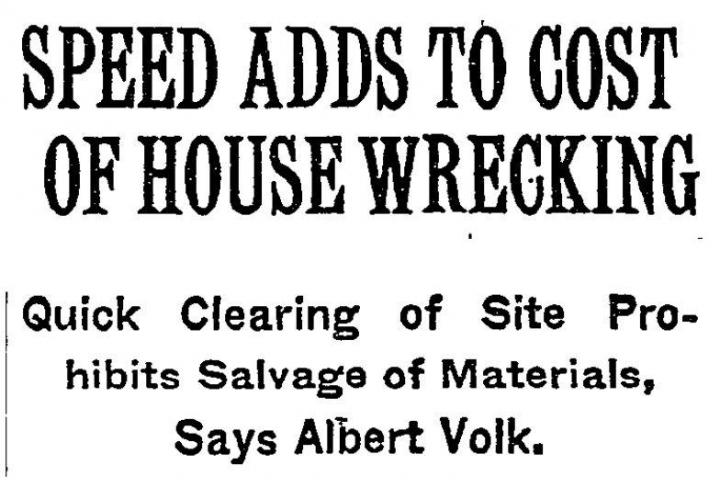 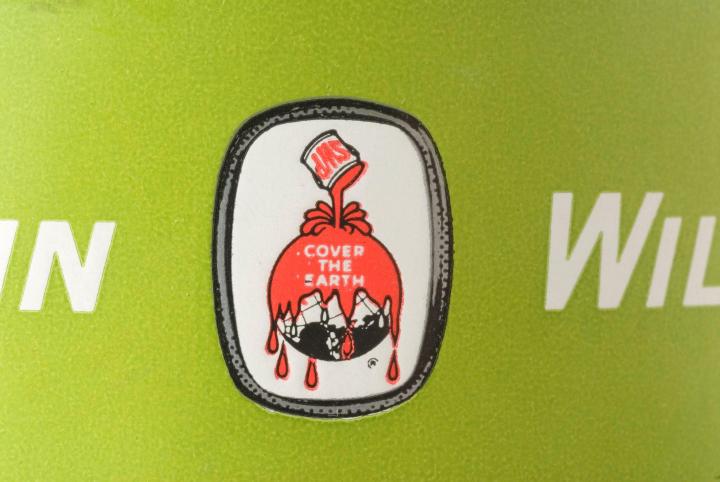 In some contexts, just sending a worker to examine the possibility to deconstruct an element costs more than buying a new one from a provider of new construction products. 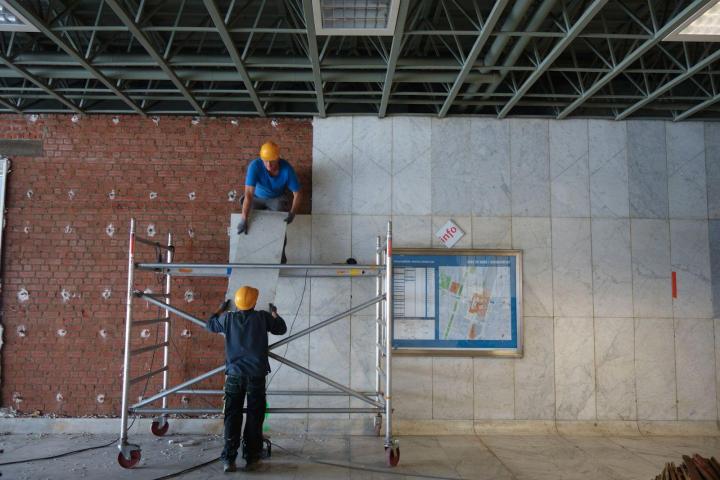 Back under the spotlights

Yet, since a few years, reuse is gaining an increasing attention. After decades of investments and efforts to develop the recycling industry (which, in the context of the construction sector mostly means the crushing of inert C&D waste such as concrete, masonry, stoneworks), it seems that the construction industry is ready to climb a step higher in the regulatory hierarchy of waste treatments and take reuse into account.

Reuse indeed has many potential benefits: 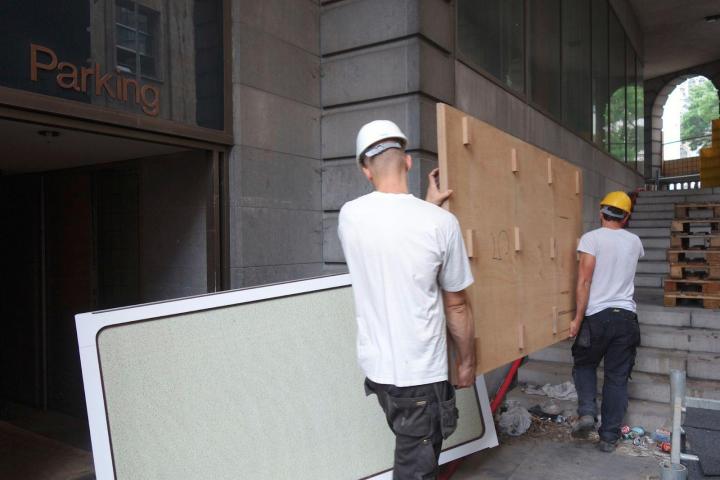 At Rotor, we believe that reuse is also a very interesting way to question how the material economy works. Because reuse is never easy, it obliges to revisit the way things are organized. The construction industry usually works preferentially with materials that meet a series of requirements:

But reclaimed products are often precisely the opposite of all this!

They are difficult to predict inasmuch as they are set free by a largely impredictable phenomenon: the demolition of buildings. An opportunity at one moment can quickly disappear, making it quite difficult to bridge the gap between the design phase, when materials are chosen, and the actual construction. The choice of elements is limited by the supply at any moment. Technical standards, usually thought for the specifics of the industrial production, are of little help when it comes to demonstrate the fitness-for-use of reclaimed elements. And their attractiveness is not always evident - certainly for more recent elements.

Reclaimed elements still suffer from the cliché of being either cheap and of low-quality or extremely expensive.

Each interior design project that we undertake is an opportunity to have a better grasp at what reuse does to designers. Working at this scale of projects (and not that of traditional architecture) allows us to propose a full package: study, design and build Abattoirs de Bomel Dekkera .

In practice, this allows to work finely on the allocation of (financial) resources and to manage the whole economy of a project. If reused materials are often cheaper, they may necessitate more work (cleaning, adaptation, logistics…). All in all, the final cost for the client might be similar to a new project but the kind of economy in entails is radically different. Resources are deviated towards work and labour instead of extraction of resources and production of new materials. 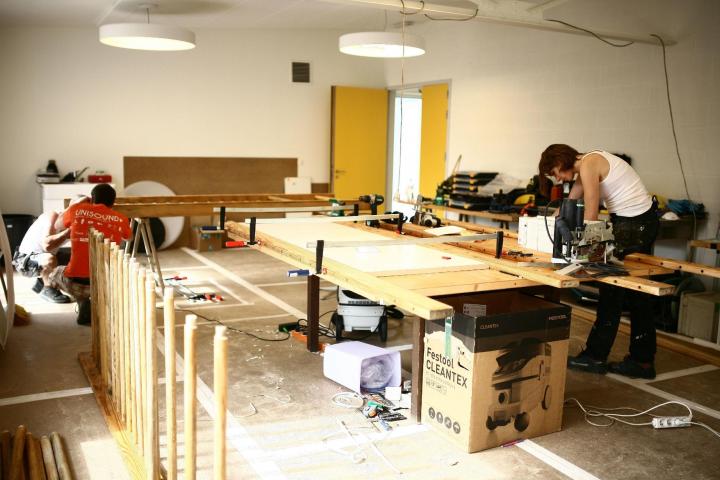 Working in design and build is also a great way to blur the distinction between design and construction. Traditionally, a project first exists under a virtual form: plans, written descriptions, etc. Those instructions are then passed to the contractors who will use them to bid an offer and plan the works. At this stage, it becomes difficult to deviate from what has been fixed upstream. On the opposite, in a design and build project, the construction phase can effectively inform the design process, and vice-versa.

In practice, it appears that when designers integrate reuse in their projects, they spend less time making design decisions based on large catalogues of products (because the materials often pop up spontaneously in the process) but allocate more time to examine the actual needs of the clients, organise the logistical aspects, undertake different operations on the materials, be present on site... 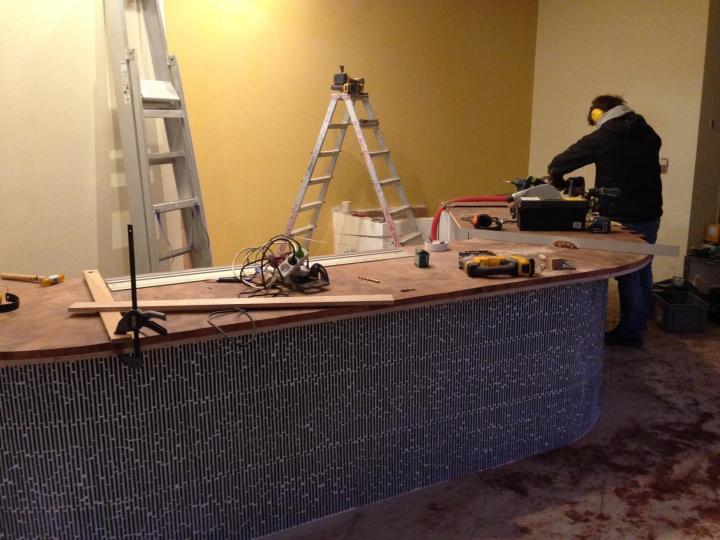 But what about “real” architecture?

Although Rotor is not an architectural agency, we are in contact with this practice anyway by means of assistance missions. We help clients and architects to adapt their traditional workflows so as to integrate reclaimed construction elements.

Here again, introducing reuse into the complicated equation of a construction project is a good way to address how things are usually made. In our consultancy missions (for both public Zinneke - Feder Masui4ever and private clients Multi - De Brouckère Tower ), reuse is a leverage to question aspects such as:

Introducing reuse into the complicated equation of a construction project is a good way to address how things are usually made.

Creating a favourable context for reuse

However, if many things can be done at the scale of a construction project to stimulate the development of reuse, other barriers depends on a more general context. At Rotor, we do not despair to adapt it and make the material economy more welcoming for reclaimed elements. We’ve been addressing these issues through a series of successive steps:

Taking inspiration from existing professional reuse practices (both nonprofit and for-profit), all over the world in a 2008 pre-study A prestudy for the development of a reuse center in social economy in Brussels .

Getting a better view on Brussel’s C&D waste flows, not only quantitatively (with all the difficulties to measure so elusive flows) but also - and mostly - qualitatively. In two successive studies in 2012 (C&D waste flows analysis Analysis of building and demolition waste in the Brussels Capital Region and Containers Containers ), we investigated how materials are handled on site, and how logistical aspects (such as the type of container used for their transport) influence their trajectory towards the waste-treatment installations - and often prevent them to be reused.

Around 2010, the Brussels authorities wanted to pioneer the development of a reuse professional sector. We then suggested to first have a better understanding of the existing operators. It quickly appeared that if none of them were situated within the Brussels Region, there were nonetheless a few companies active in Brussels and perfectly able to ensure the circulation of many construction elements. However, these professionals were often overlooked by or simply unknown from the mainstream construction industry. In 2011, we suggested to the Regional administration to carry out a large enquiry on these existing reuse dealers.

It led us to develop the online directory Opalis Opalis .

It was firstly a way to give visibility to these traders. We aimed to convince the construction industry that reuse dealers, even though their activities do not (yet) cover the whole spectrum of construction materials, can nonetheless be valuable allies to implement reuse strategies (either for the reclamation of reusable elements or the acquisition of reclaimed elements). Through successive phases of funding, Opalis progressively expended, covering an increasingly larger territory and adding successive sections (documentation of projects, bibliographical references, technical documents for elements such as bricks, setts, wooden boards, pavement stones, klinkers).

Even though their activities do not (yet) cover the whole spectrum of construction materials, reuse dealers can nonetheless be valuable allies to implement reuse strategies 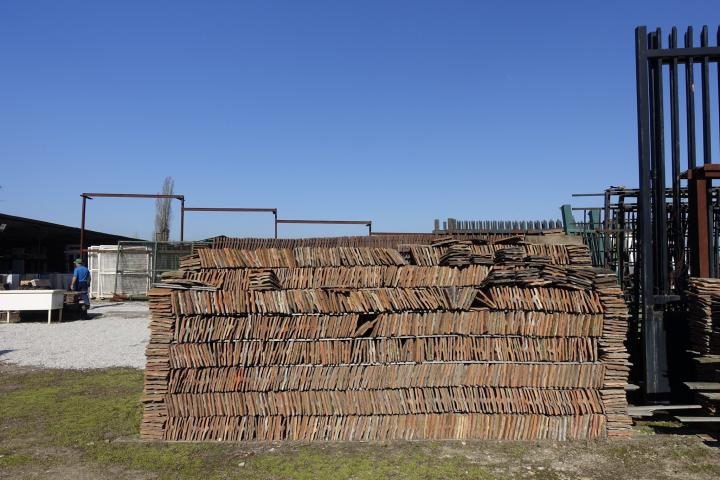 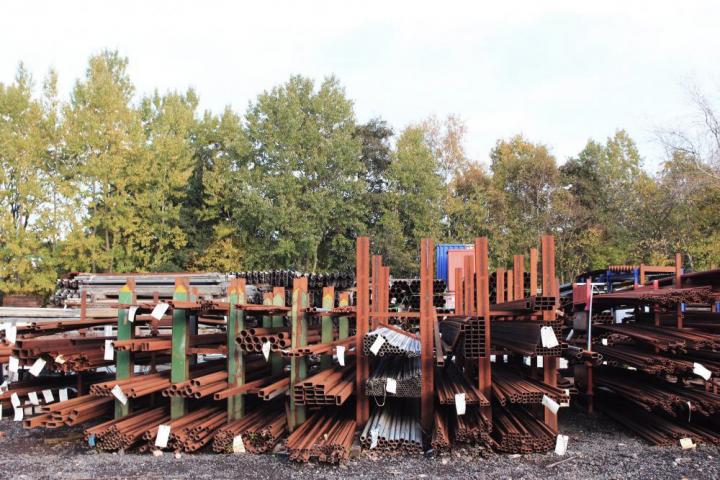 In Brussels, through the years, reuse has gained a renewed interest from many stakeholders. Since then, we took part in many discussions with public authorities, sectoral federations and other actors of the construction industry. These discussions led to the publication of the Strategy 2025 in 2015, fixing the main lines of an ambitious development of the reuse sector in Brussels. In 2017, we helped to launch the “Platform for the actors for the reuse of construction elements in Brussels” Plateforme Réemploi , which aims to bring together different stakeholders concerned by reuse. Part of these activities are now carried out by the Brussels Confederation Construction. Through the years, we were also involved in the edition or revision of different political plans and strategies put forward by the Administration of the environment and the Brussels government. For instance, in 2019, we contributed to the edition of the “Feuille de route pour l’économie circulaire”, an ambitious plan for sustaining reuse practices within the construction sector. 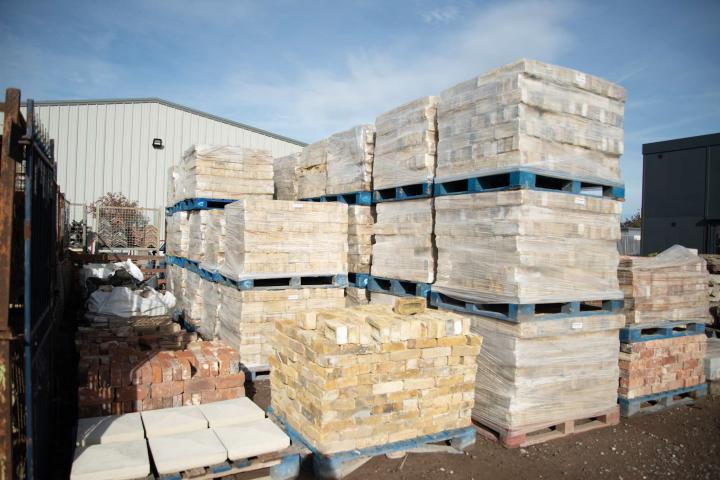 We also started up many projects to address practical and juridical issues hindering the development of reuse. For instance, in 2015, we published a Vade-mecum Vade-mecum for Off-Site Reuse aiming at facilitating the extraction of reusable elements from the existing building stock, in the context of public tenders. We were then working with a juridical expert, Sophie Seys, who also helped us to bring elements of answers to many recurring questions. Are reclaimed elements waste or products (most of the time, they are products)? Do they need to be CE-marked (most of the time, they don’t)? Etc.

We expressed our views on these issues through many publications Déconstruction et réemploi and conferences. We are also active in education, trying to familiarize students in architecture, engineering, arts and other disciplines to consider reuse.

In 2019, we started a new project which will allow to bring these efforts even further, thanks to an Interreg NWE funding Interreg NWE - FCRBE . Together with seven partners - Salvo (UK), Bellastock (FR), BBRI (BE), Confederation Construction (BE), Brussels Environment (BE), University of Brighton (UK) and CSTB (FR) - we are developing new methods to facilitate the identification of a reuse potential in existing building and the specification of reclaimed building elements in new construction projects. 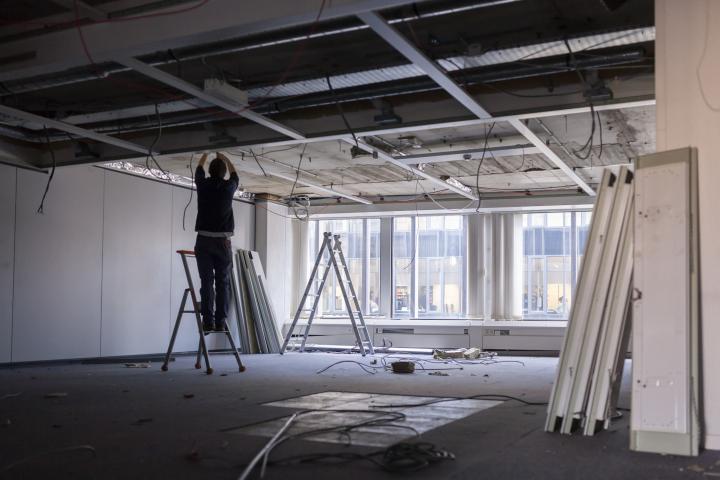 All these approaches are complemented since 2014 by a side-project which quickly became an autonomous juridical structure: Rotor Deconstruction Rotor DC: reuse made easy . Rotor DC is a pioneering cooperative company in Brussels active in the dismantling, the conditioning and the sale of reclaimed construction elements.