Zonnige Kempen (‘Sunny Campine’) owns about 2.400 social housing units in several municipalities around the little city of Westerlo. The company, founded in 1963, was an early adopter of green building. Their homes, ever since the 1970’s, explore the highest sustainability standards. In 2016, anticipating how resource efficiency would increasingly rely on building component reuse, the company decided to turn a commission for their own office spaces into a study case for circular design and build with reuse.

The new building is a one-story extension at the back of the original company seat, a 1980’s brick-clad building on the town’s central square. The extension was designed by Westerlo-based W2 architects (Eduard Maes & Hans Barbier) according to the principles of circular building. The architects favoured materials which retain their value over time, such as solid wood for columns and roof or reclaimed bricks for the zigzagging wall. The extension, with its 3 glass patios, is designed for change: it would allow for a subsequent conversion in 3 apartments.

Within this elegant structure, Rotor designed an interior attuned to the needs of the office workers. The design integrates reclaimed materials to a high degree, without shunning new components where needed. The focus was on creating homy, highly functional spaces in which the reused components would be omnipresent but inconspicuous.
The spaces equipped by Rotor also comprise a kitchen that doubles up as a meeting space, at the furthest edge of the extension, and a totally new lobby where prospective tenants are received, on the ground floor of the existing 1980’s building. 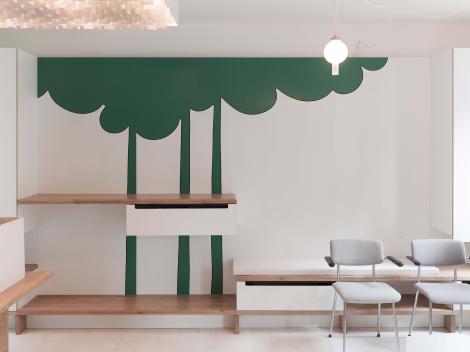 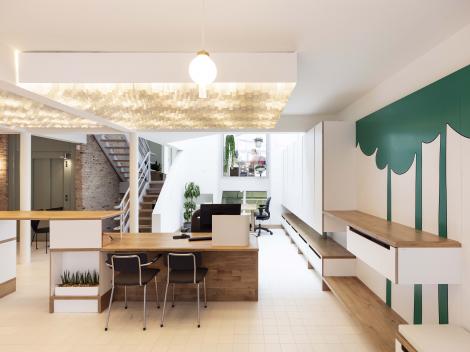 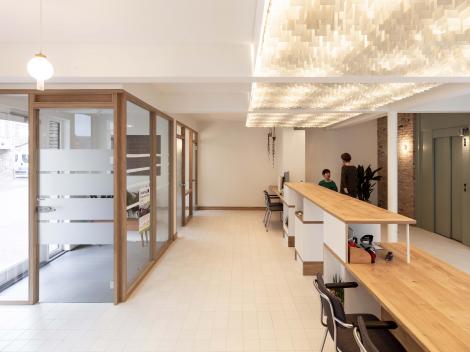 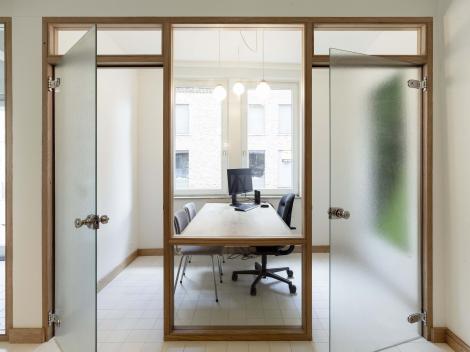 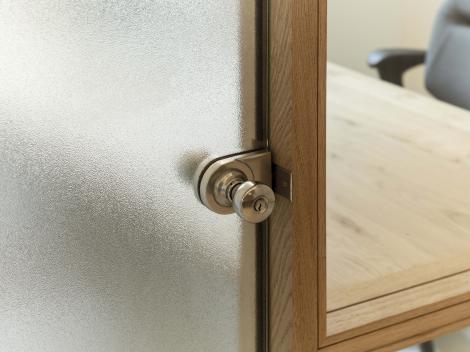 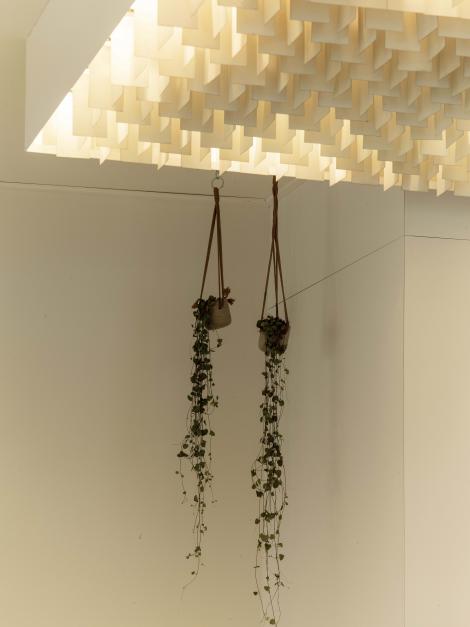 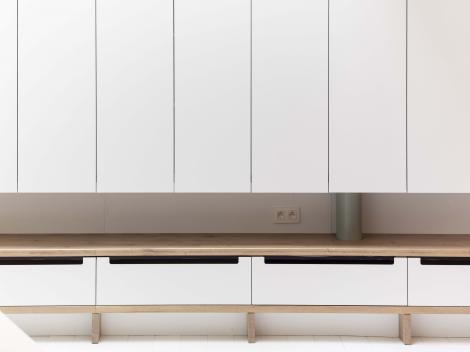 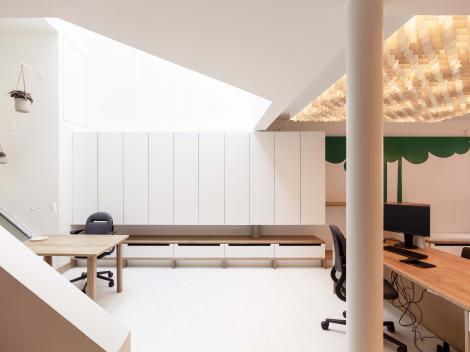 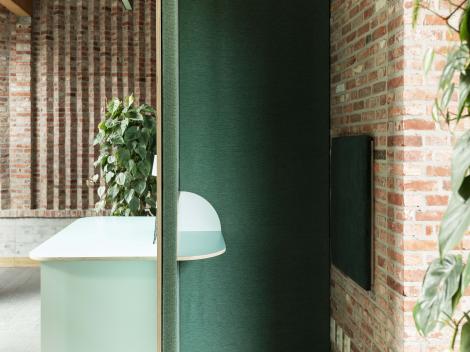 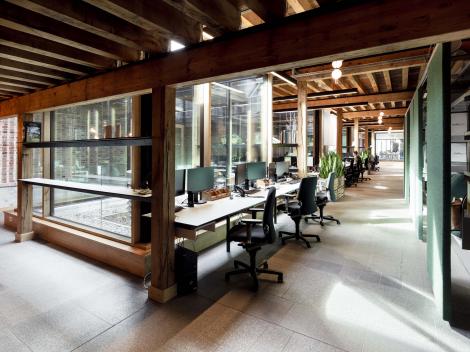 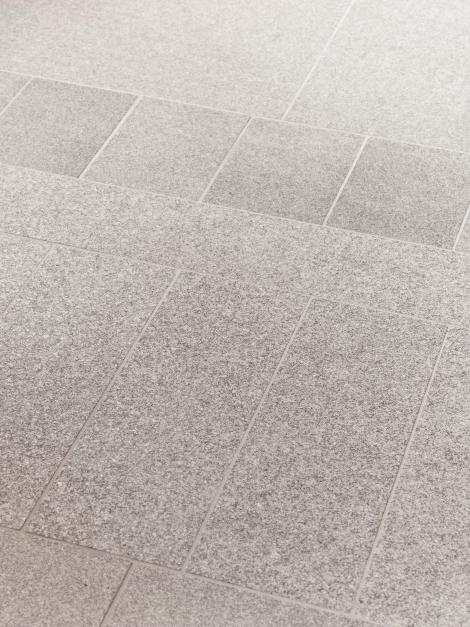 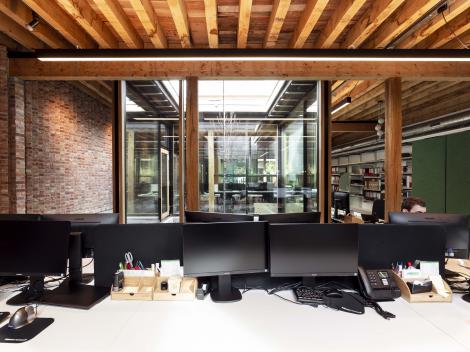 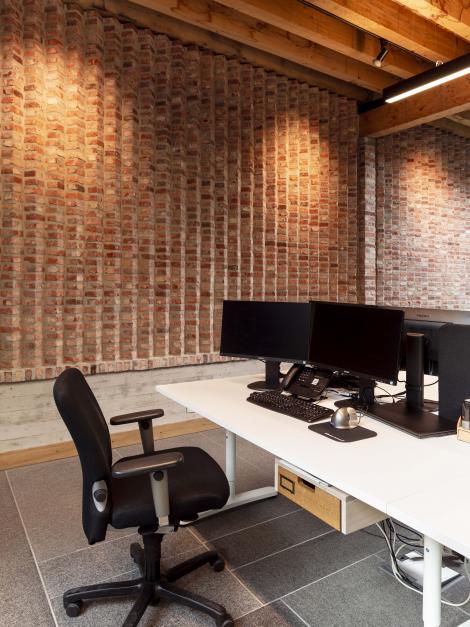 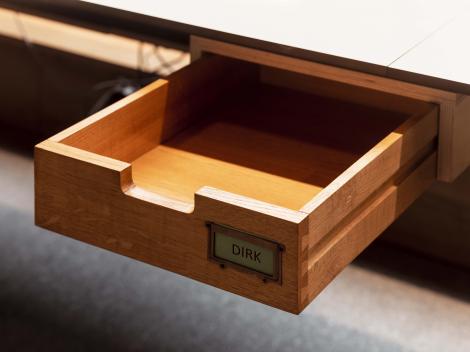 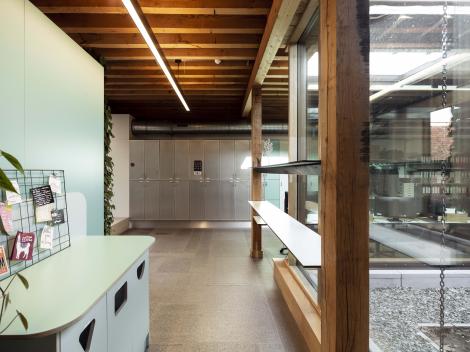 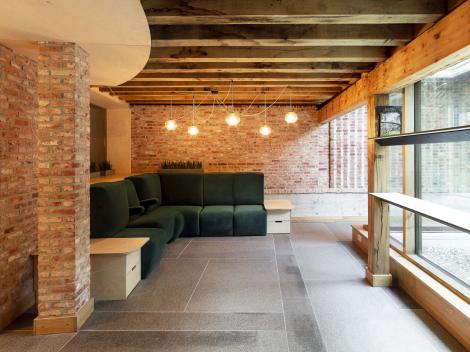 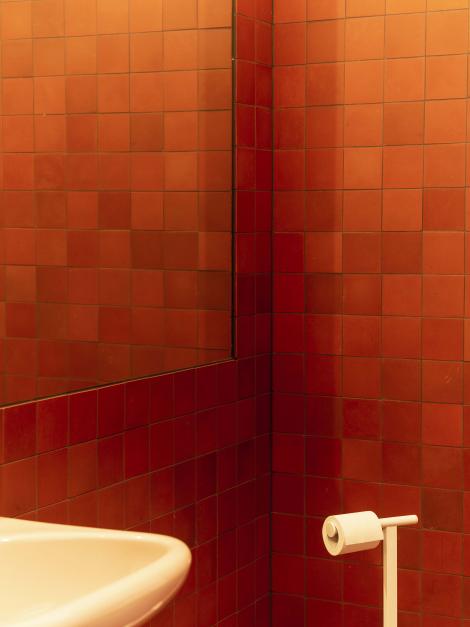 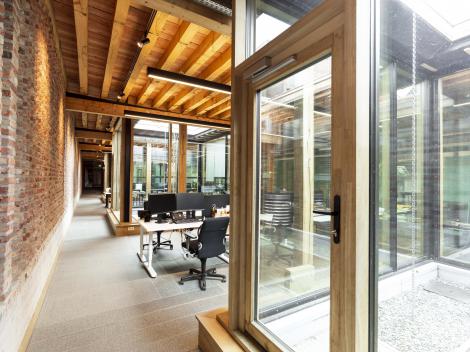 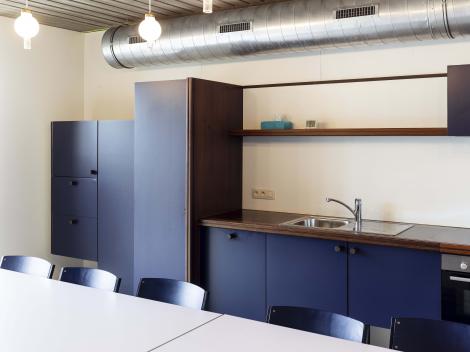 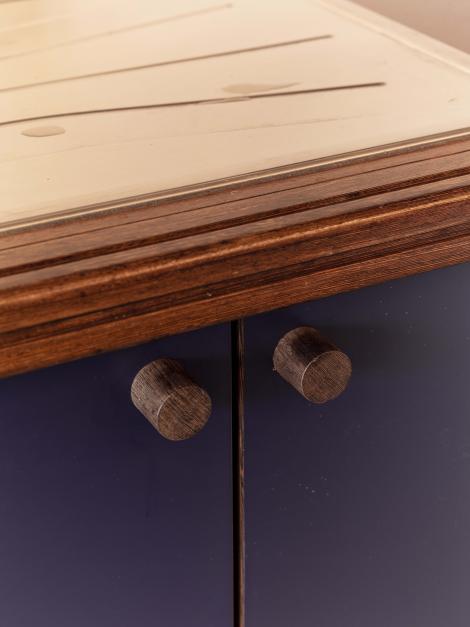 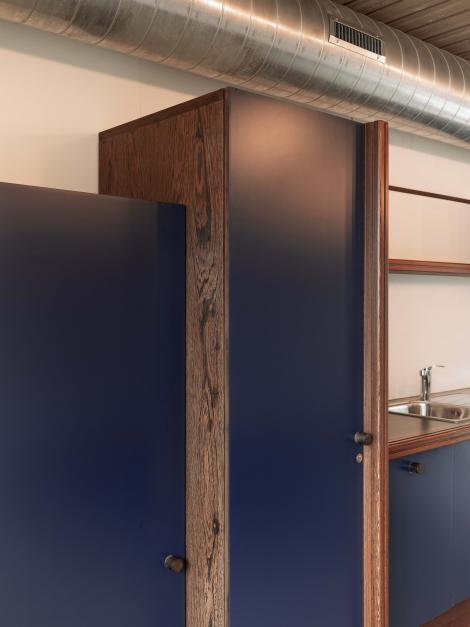 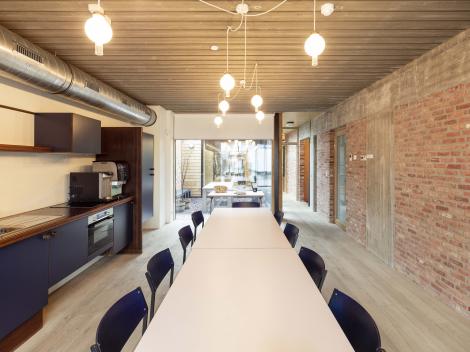