Table and chairs for Manon

Manon’s table and chairs are made entirely of booty. The eight plates of white Carrara marble were part of the marble cladding for the Library of Human Science of the main university of Brussels, Université Libre de Bruxelles.

The library building was erected in 1994; the architectural firm Art and Build originally intended to clad the 8-story, prismatic structure entirely with brick masonry. The local heritage authority imposed the use of a more precious material, to avoid the new library having to compete with the historic brick and sandstone architecture of the original university buildings surrounding the site. Both parties eventually agreed upon white Carrara marble, cut into squares of about 75x75cm.

However, the technology used to fix the blades was inadequate, and after slightly more than a decade, the façade showed signs of deterioration serious enough to require total replacement of the marble cladding. Dismantlement took place in the fall of 2007 and hundreds of tons of Carrara marble turned into waste. We were able to snatch some plates, eight of which are displayed here. The library building is now clad with brand-new square sheets of enamelled steel.

The support structure for the table is a former workbench of welded steel beams recuperated from a failed company that produced aluminium windows. We adjusted the height by cutting the feet off.

The chairs are made of discarded packaging. The 3cm thick plywood plate from which the seats were made was originally used for the transportation of more slender polymer-coated wooden boards used for cladding van interiors.

Designed and carried out by 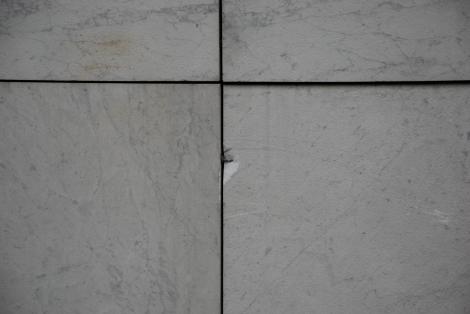 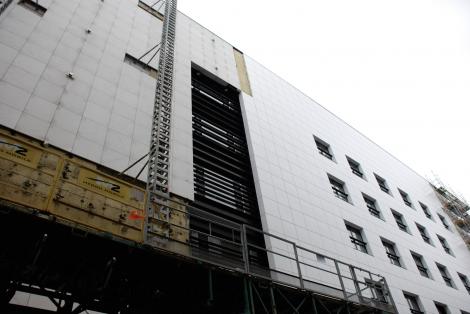 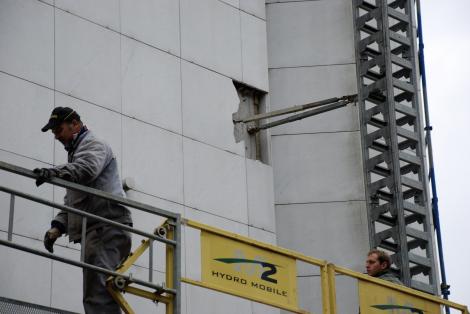 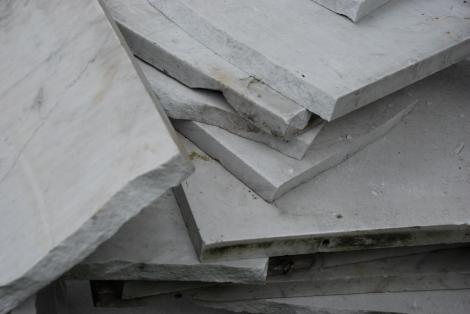 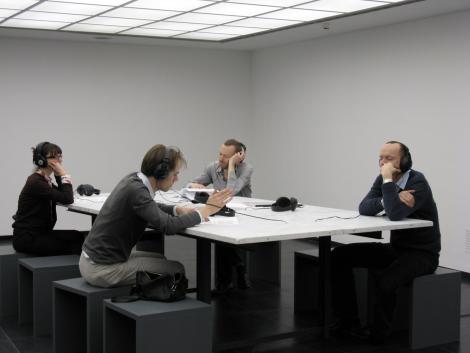 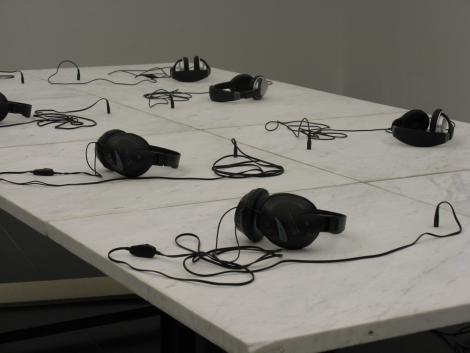 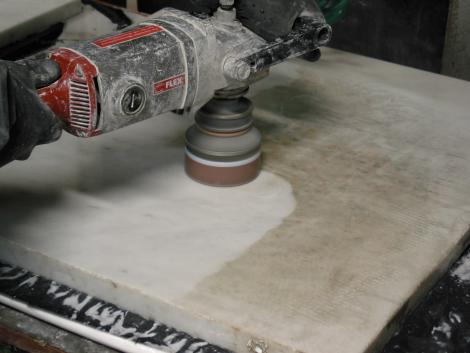