by Diploma 18 at the Architecture Association School

Each year, one diploma unit gets the honour to design the table set up on Bedford square garden, on which strawberries are displayed. The strawberries are a traditional part of the celebrations for the opening of the graduation show. In 2019, the honour was ours.

Based on the studio research, we choose to use ready mades available at the Haysom Purbeck quarry. We picked sculpted stones originally part of the Aston Webb Screen at the Victoria and Albert Museum in London. Portions of the screen were removed in a recent transformation meant to add a new entrance and exhibition spaces. The removed stones have been laying dormant since, in anticipation of a hypothetical new use. Four pallets of these ornamental stones were borrowed from the quarry, and returned after the event. 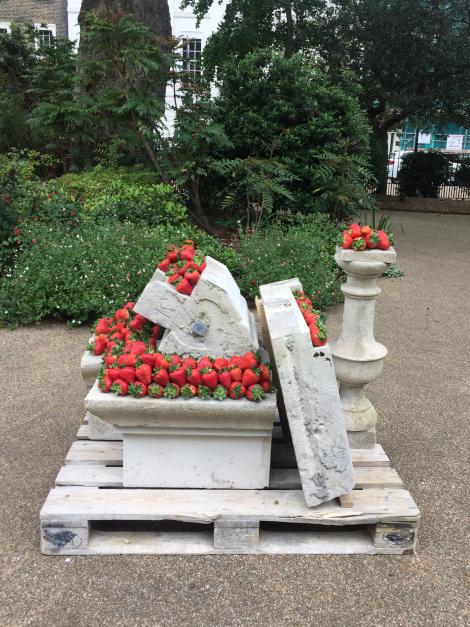 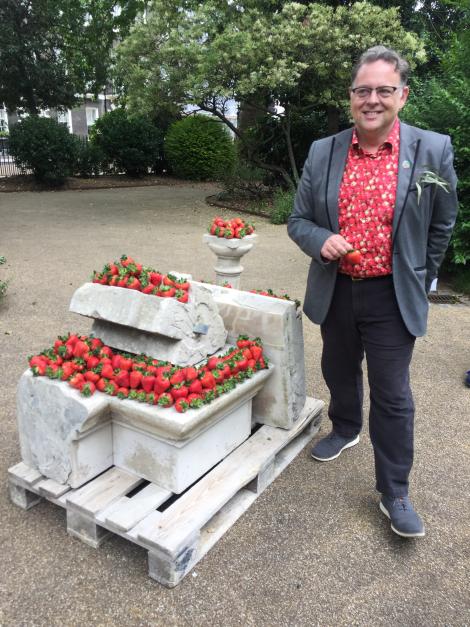 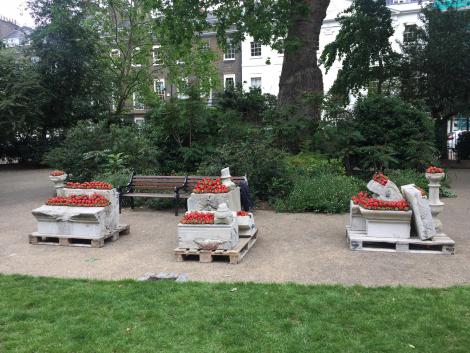 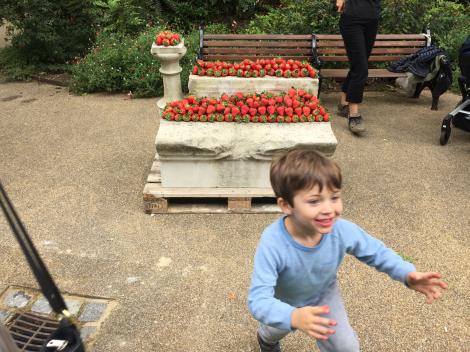