Design consultancy for an open-air public area in Antwerp.

Bending a commission for art into a design collaboration, Rotor contributed to the refashioning of a former industrial site into a multi-purpose public space for the coming 9 years: partly park, sports ground, setting for large scale events and event parking.

Spoor Oost is a 100.000 m² area, stretching for almost a kilometer alongside the railway that circles the city of Antwerp. This abandoned container rail terminal had become contested land as the city’s political majority, elected in 2013, intended to make it a business park. Local communities, though, like those from adjacent district Borgerhout, wished it to become a public park. A final verdict was avoided when it appeared Antwerp needed temporary event-parking space, due to the disappearance of parking facilities at neighbouring Sportpaleis during large-scale infrastructure works. The site, mostly covered with concrete slabs and paving blocks, was deemed fit to accommodate that function temporarily. For the same duration, an estimated 9 years, the site would also house large-scale events, and function as a public recreation space. A preliminary design for this park/parking, developed by the city architects, had been approved by the municipality when Rotor was appointed, in the fall of 2014, as artistic consultant through the 1% -rule for art-interventions in public works. The city’s autonomous real estate company, AG Vespa, commissioning the works, felt the current design was lacking a “layer of meaning” to provide the site with a specific identity. A revised version of the plans was developed consequently, under direction of the main design team (Technum) with constant input from Rotor, AG Vespa and other project partners. Instead of remaining on the level of an autonomous, added layer of meaning, our contribution trickled down to the different scale levels of the project, from the master plan to the road paint graphics. Several features were left open to future developments, or were subcontracted to third and mostly local parties.

The modified master plan maintains, as much as possible, the existing qualities of the site, mostly the wide-open space. The condition of the existing concrete pavement was taken as a design cue rather than as something to be remedied. Newly planted park areas, requiring intensive maintenance, remain at both extremities of the site, close to the neighbourhoods. The adapted design allows for the parking function to happen orderly when needed, while avoiding a parking aesthetic when the cars are gone. Few materials were evacuated from the building site. Concrete pavements blocs have been dismantled and reused elsewhere on site; excavated earth was used to build the hill, where the concrete slab that covers much of the site was broken up, the remains were used to create rustic mineral gardens.

The most noticeable added features, in terms of landscaping, are a bump and a line. The bump is a grass-covered artificial hill, in the southern park area, that allows for an unimpeded view over the kilometer-long site. The line is a pedestrian highway running as a spine over the site. The path, made of smooth concrete, contrasts with the rugged surface of the rest of the site. It will provide skaters, bikers, unicyclists, and pedestrians alike a fast connection from north to south. The straight path bends once where it meets the only surviving patch of trees on the site.

Technum and Rotor for AG Vespa 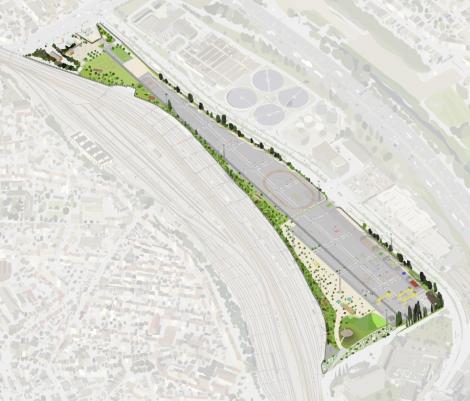 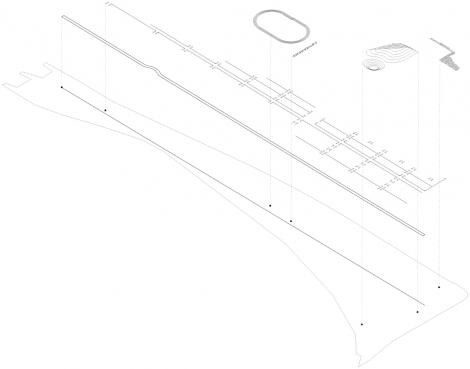 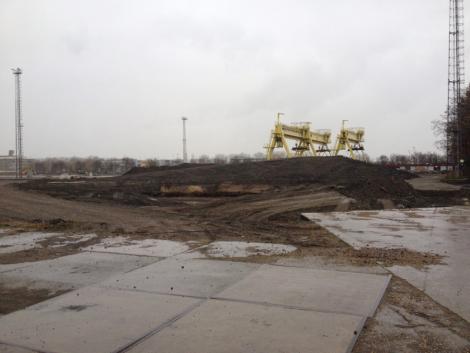 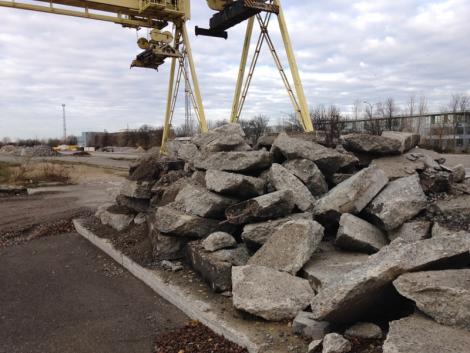 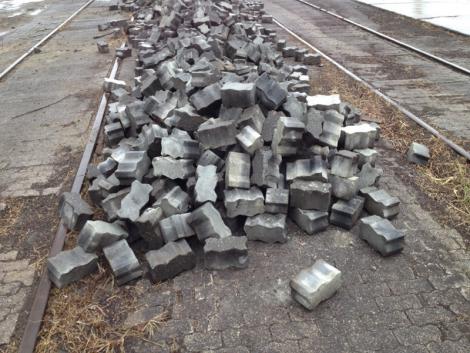 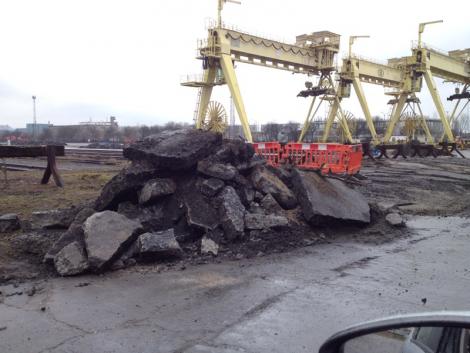 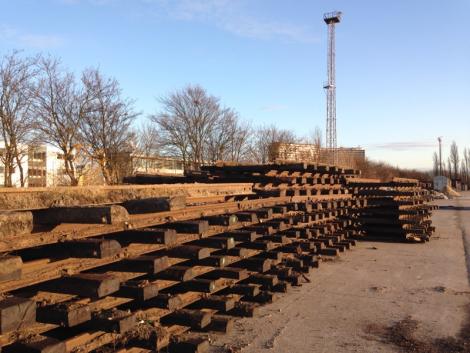 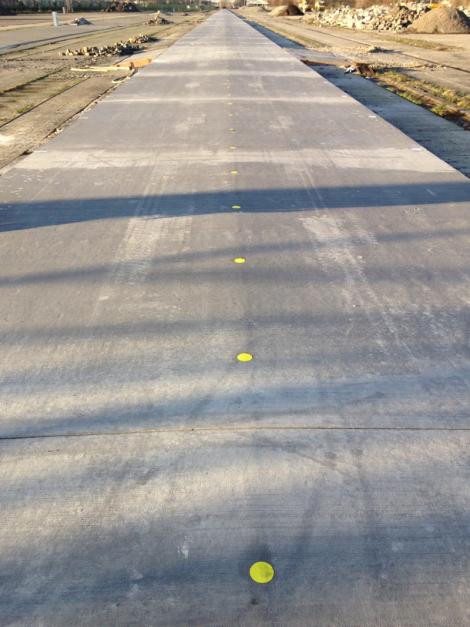 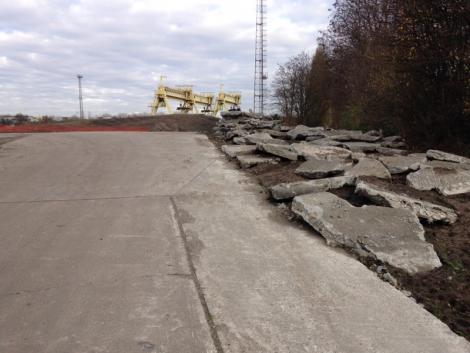 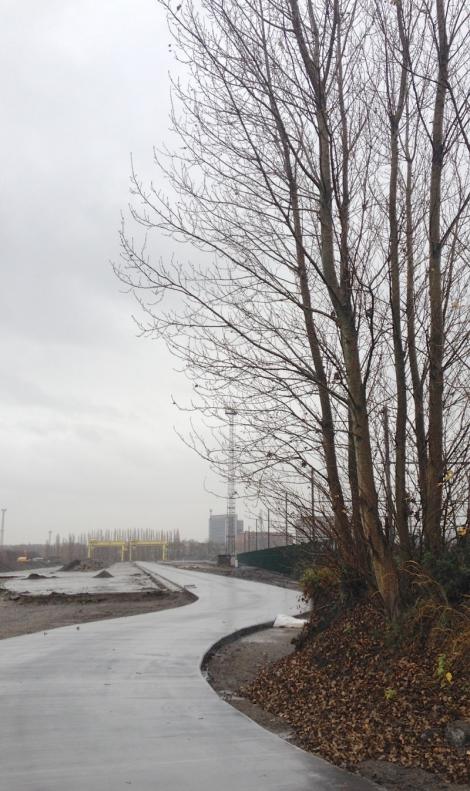