Ex limbo, the project presented by Rotor at the Fondazione Prada in Milan, is an investigation of the architectural and scenographic elements realized for the fashion show sets designed by Prada and OMA for more than a decade. After being used, they returned to a status of raw materials and were placed in storage at different locations.

The starting point of this project is a curiosity for the materials used, the reasons why they have been conserved, and how this was practically managed. Rotor’s work consists in bringing forth the ‘remnants’ of a world that after a moment of meaningful splendor is discarded and put in limbo, inviting a second look at the forgotten. The Fogazzaro exhibition space hosts a labyrinth of elements that bear witness, simultaneously, to the amount of work involved in producing each fashion show, and to the silent existence of its materialization beyond the event: ex limbo. 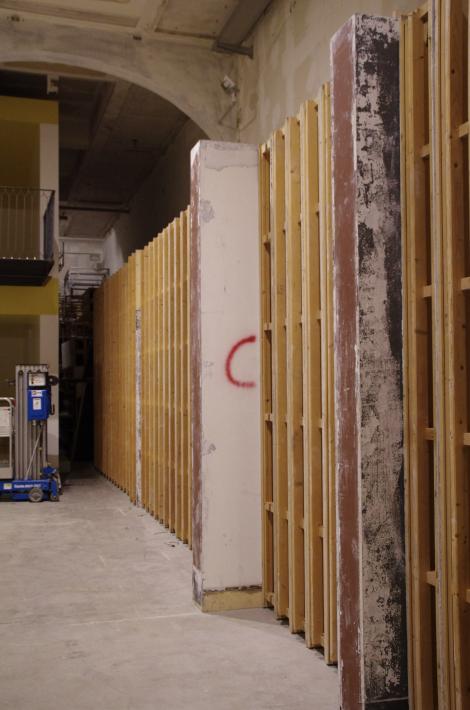 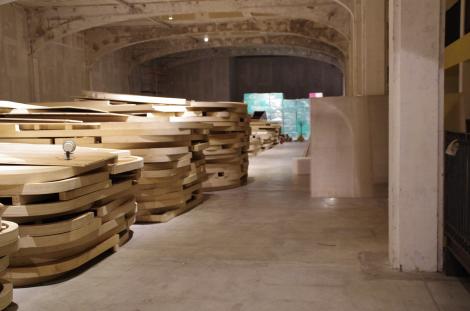 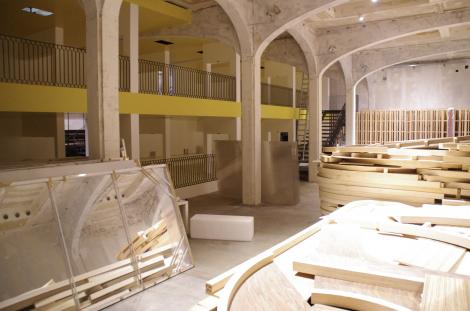 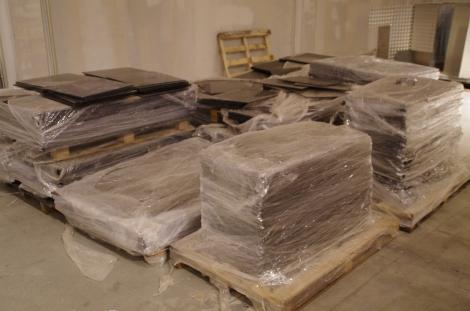 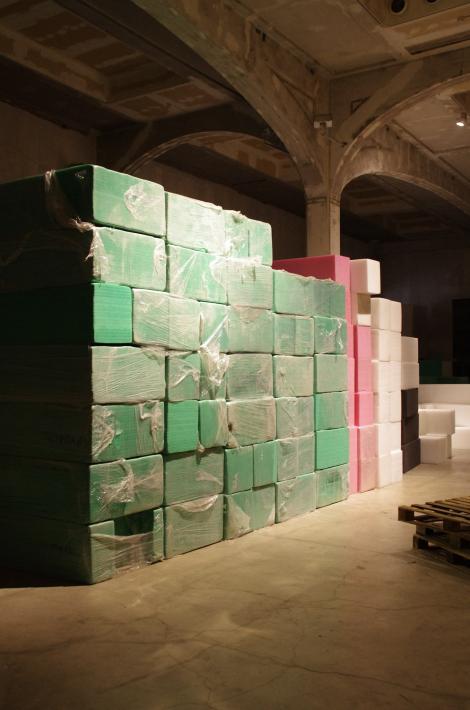 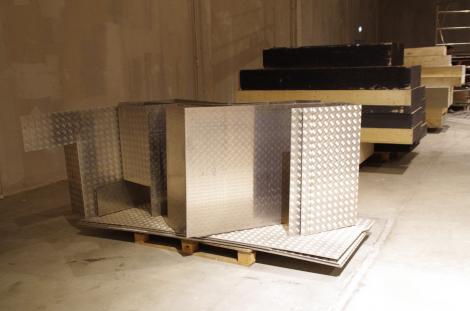 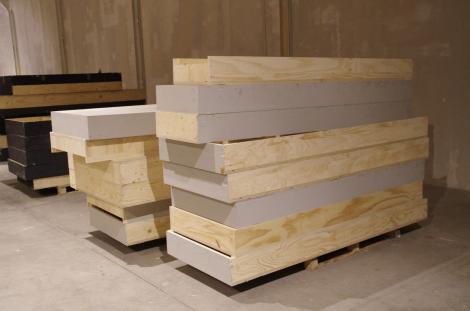