In Octobre 2019, deconstruction works started on the facade of the plinth of the Brouckère Tower. Until February 2020, contractors Cordeel and De Meuter will be salvaging around 280 m2 of blue limestone slabs, for a total of around 140 tons.

The blue limestone, material of the Belgian underground par excellence, has been mined and processed at the Carrière du Hainaut in the 1960’s, and is a part of the facade of the Brouckère Tower since 1969.

Salvaging the stones requires a surgical precisions by the workers on site. First they saw through the joints between the different stones. Then they need to create the necessary space between the stone and the wall for the grapple to be able to get around it. Next, the grapple loosens the stone from the wall, and carefully brings it the the ground. Finally, the stones are being mounted on pallets, to store them on site. After the completion of the salvaging operation, the stones will be brought over to the stock of Rotor DC, until their reinstallation in the project. Despite the precision needed for the operation, the contractors expect that around 70% of the stones will survive the operation.

The blue limestone slabs will be used for the cladding of some of the groundfloor interior, and the new parts of the exterior of the plinth. The in situ reuse of these elements is complemented by the conservation of the same kind of slabs on the facade of the second floor. 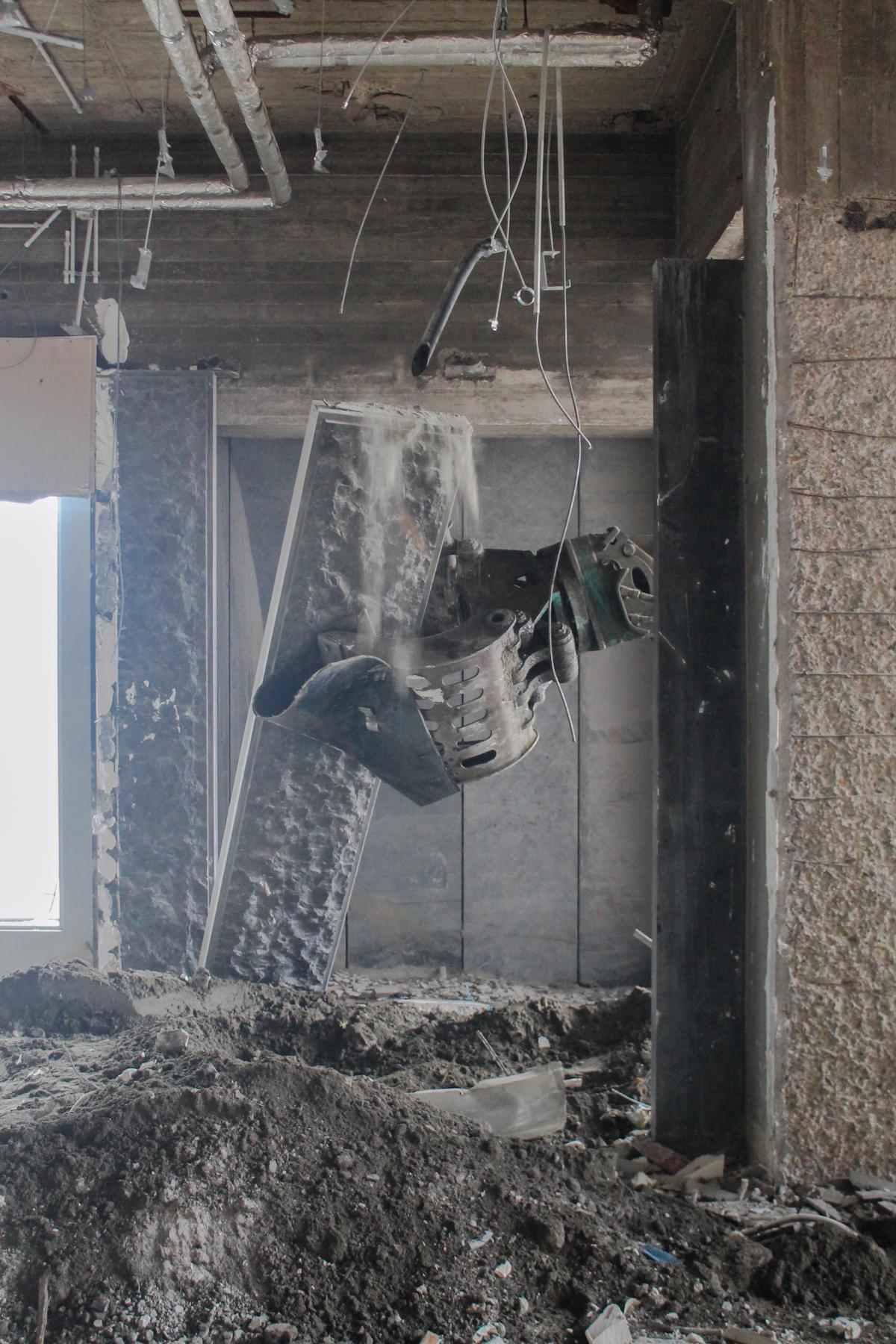 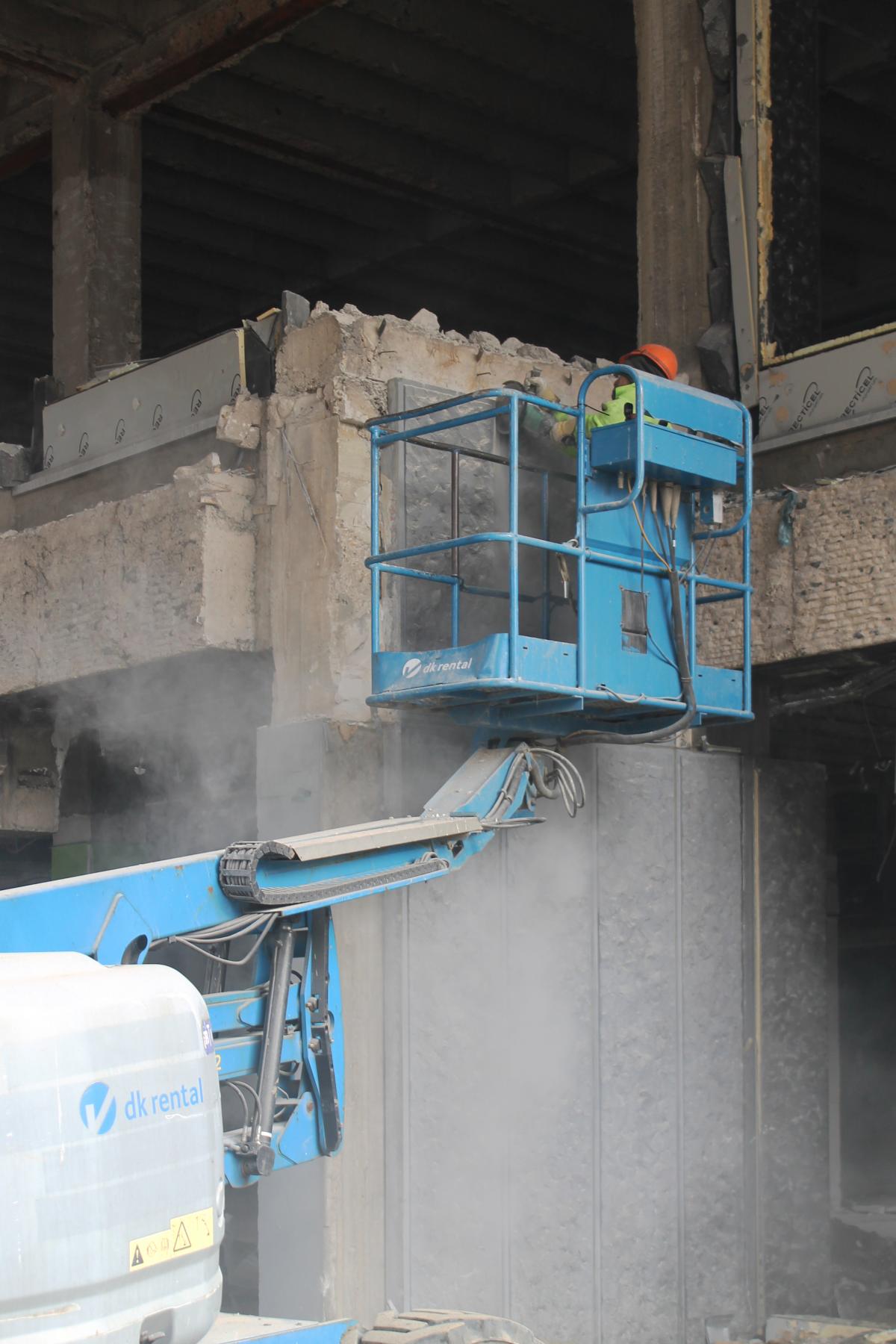 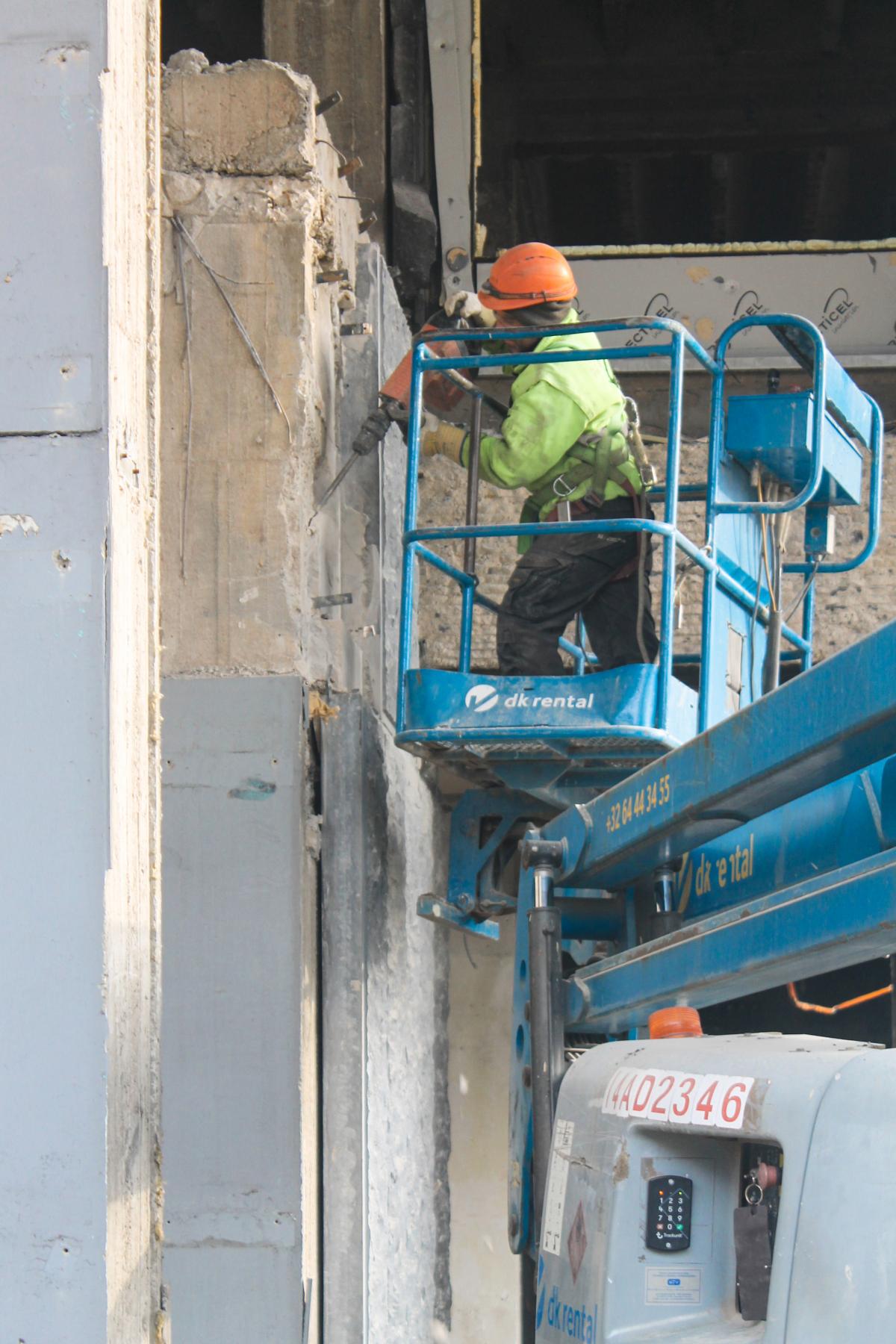 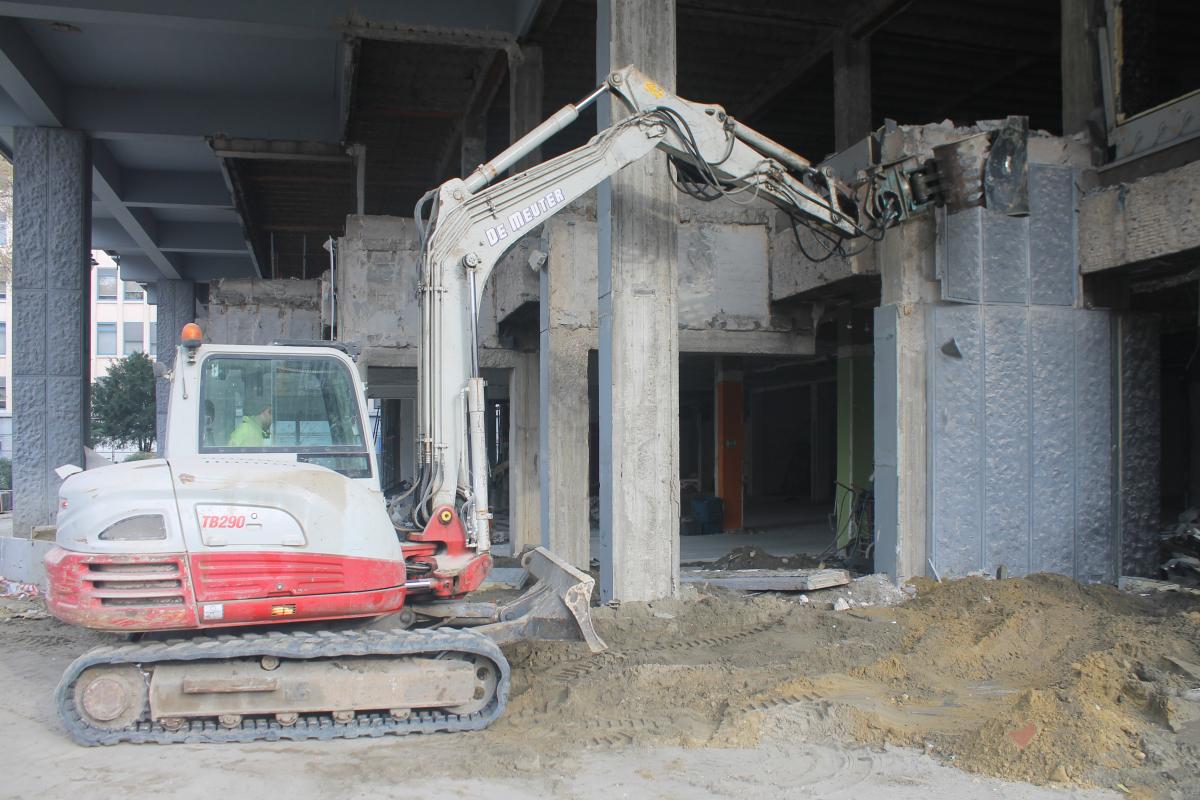 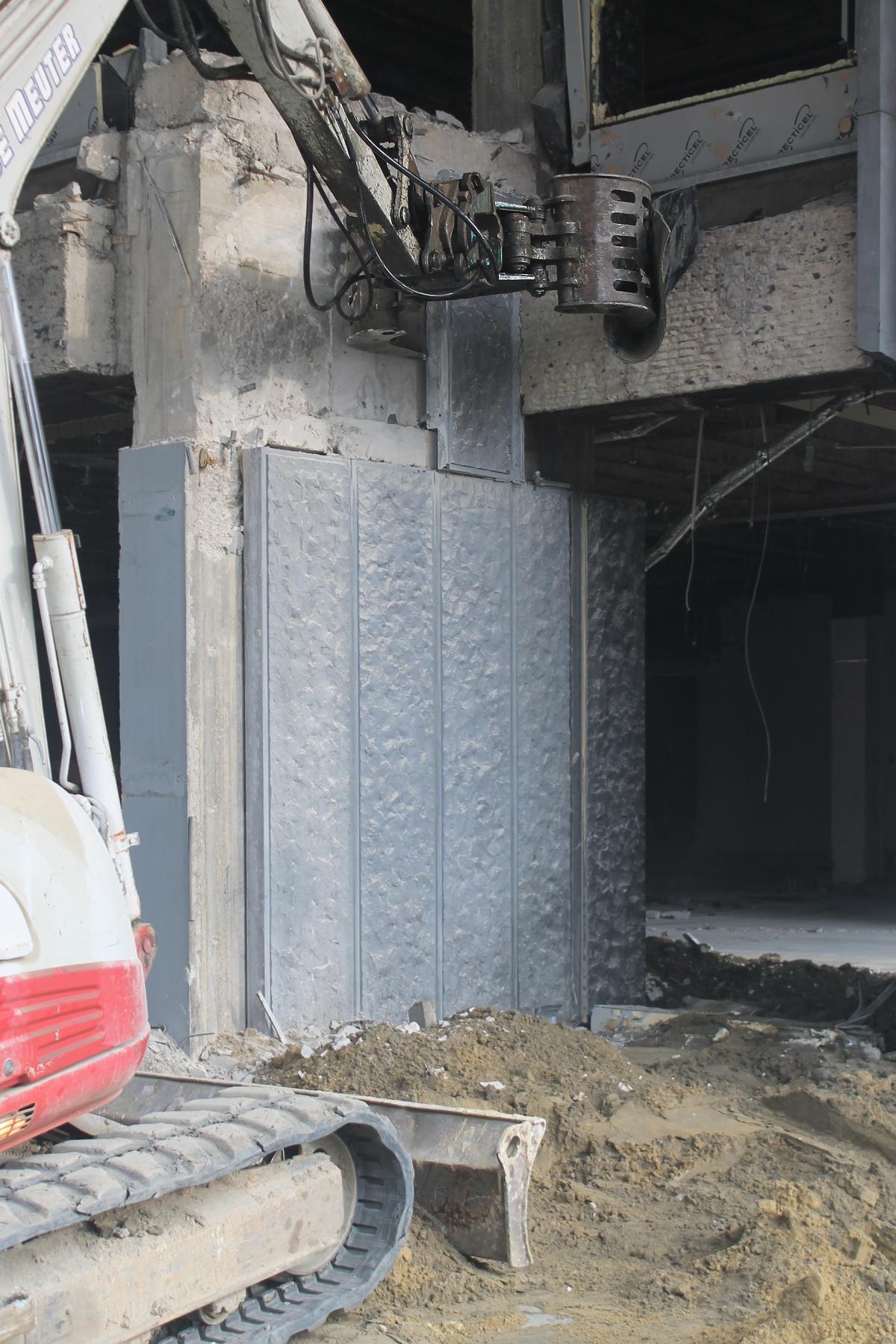 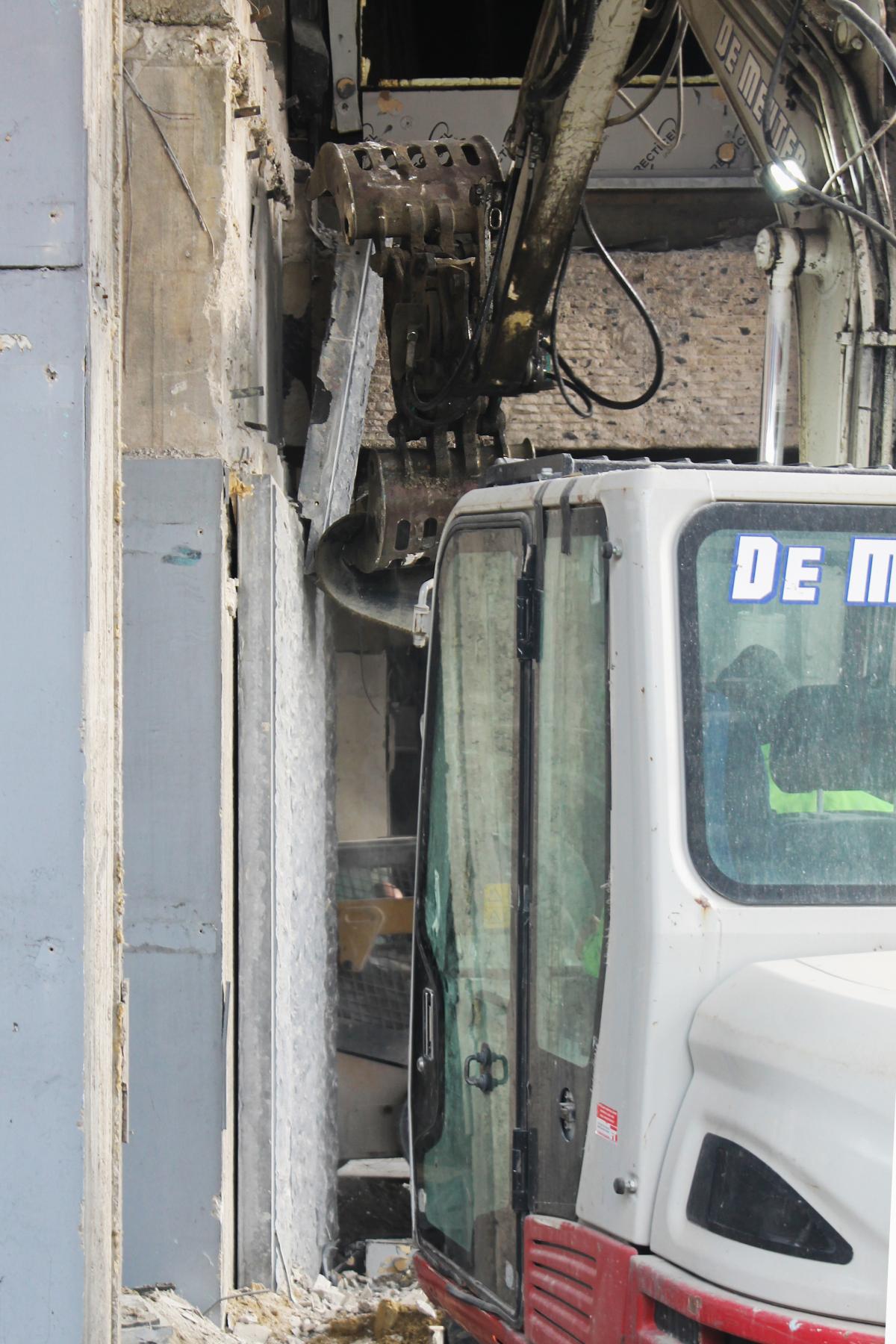 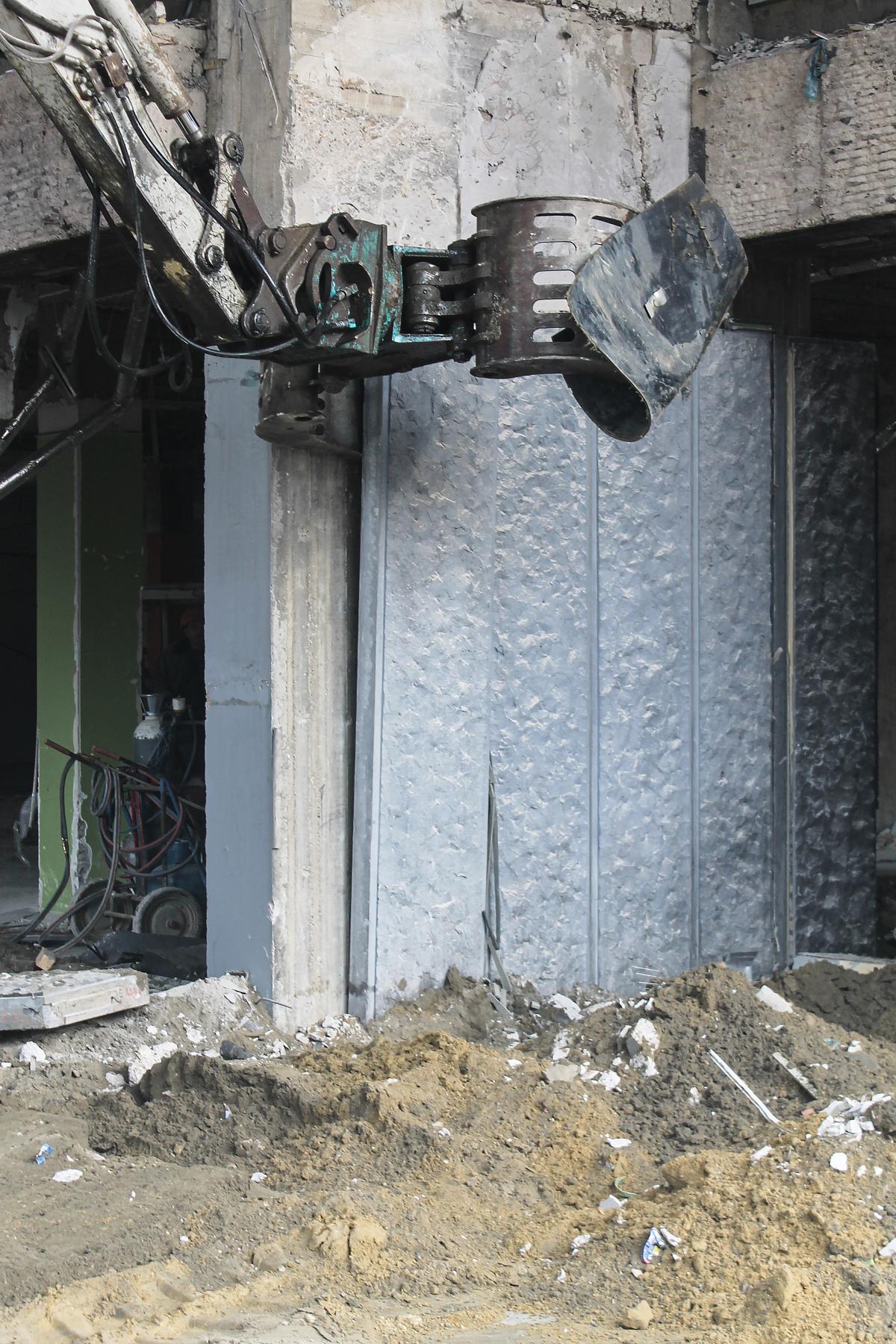 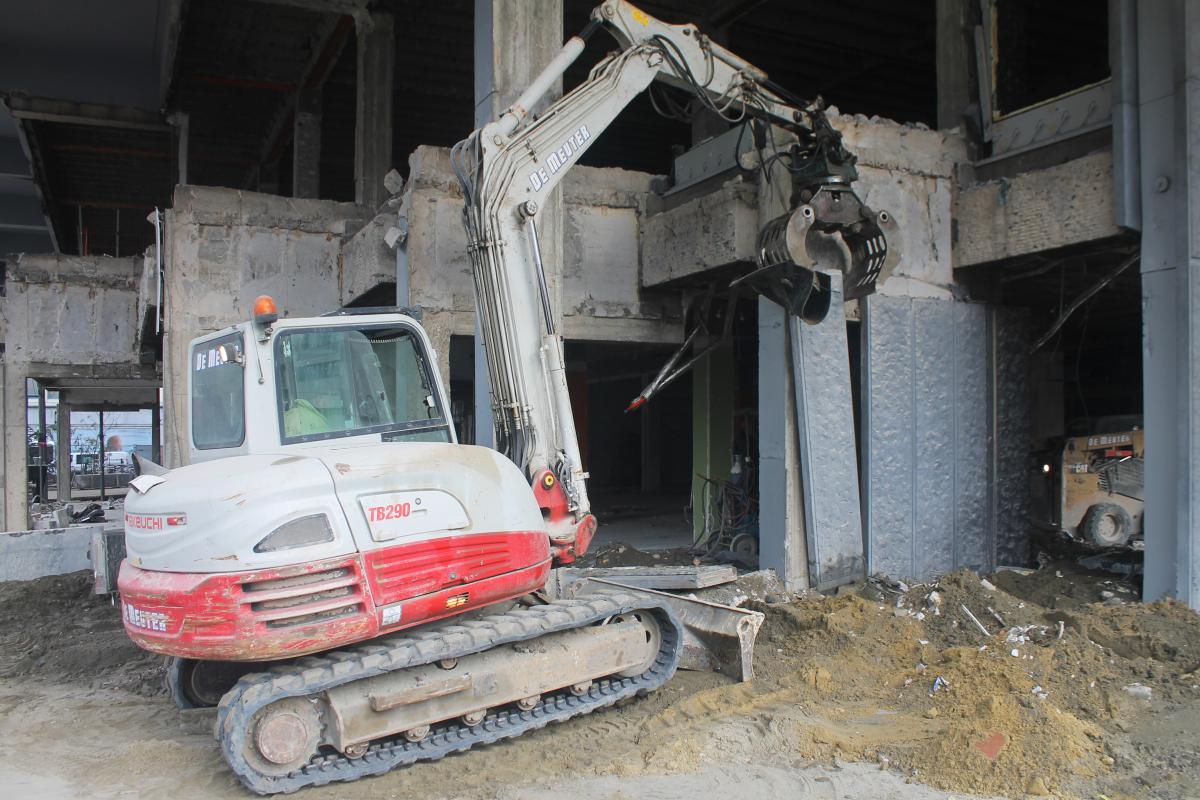 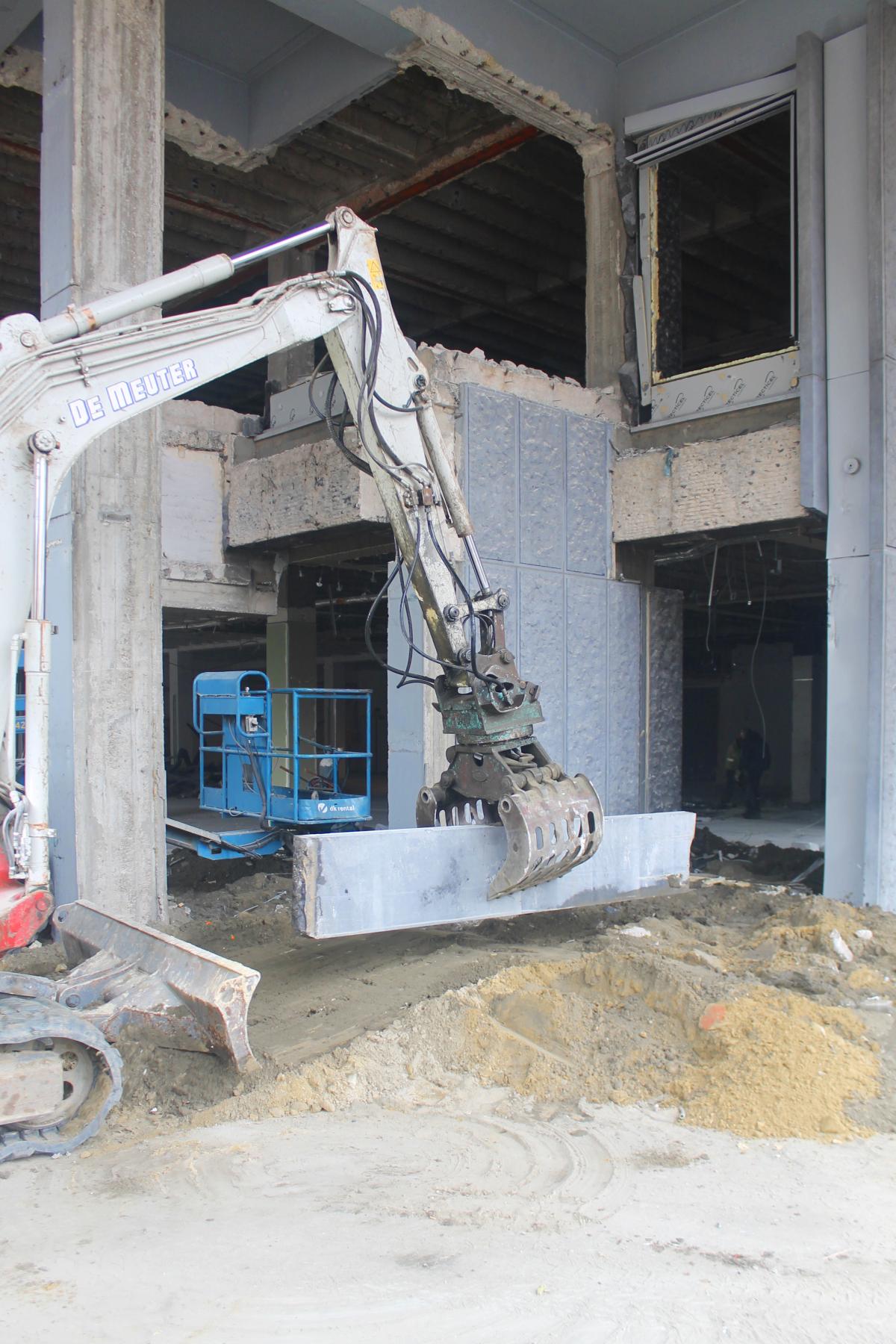 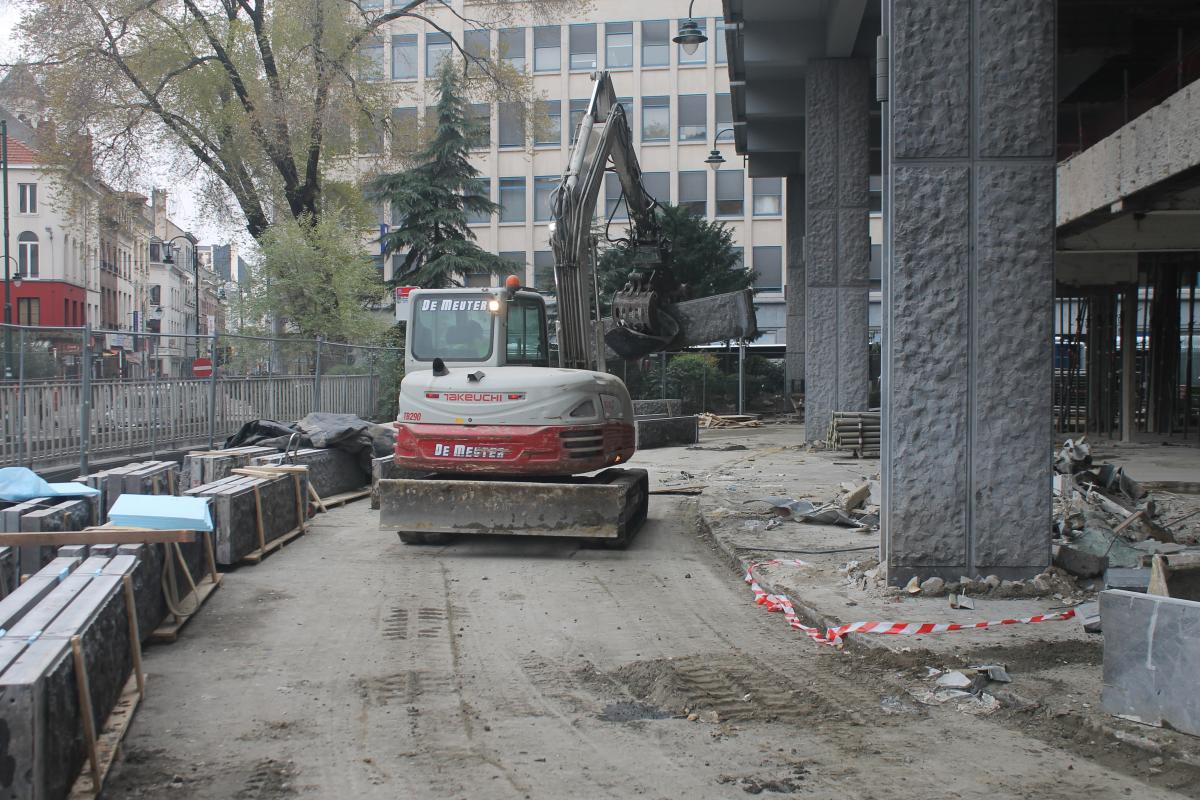 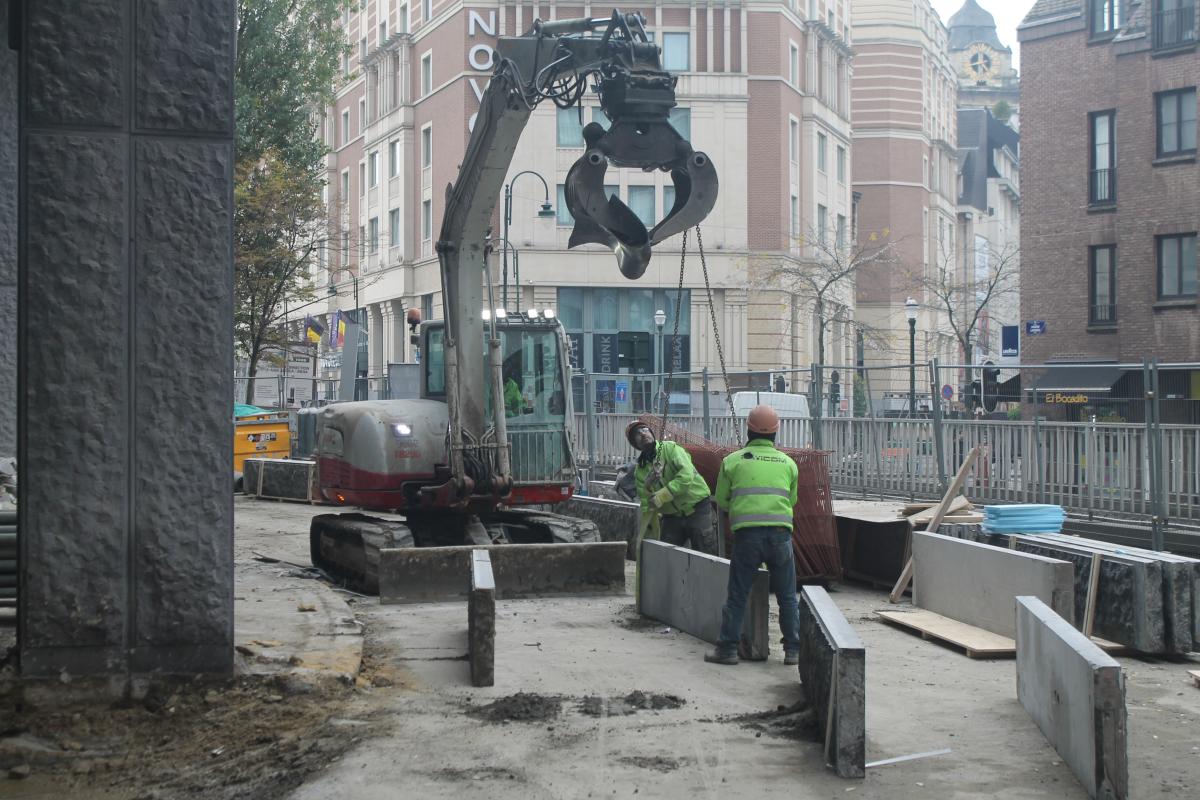 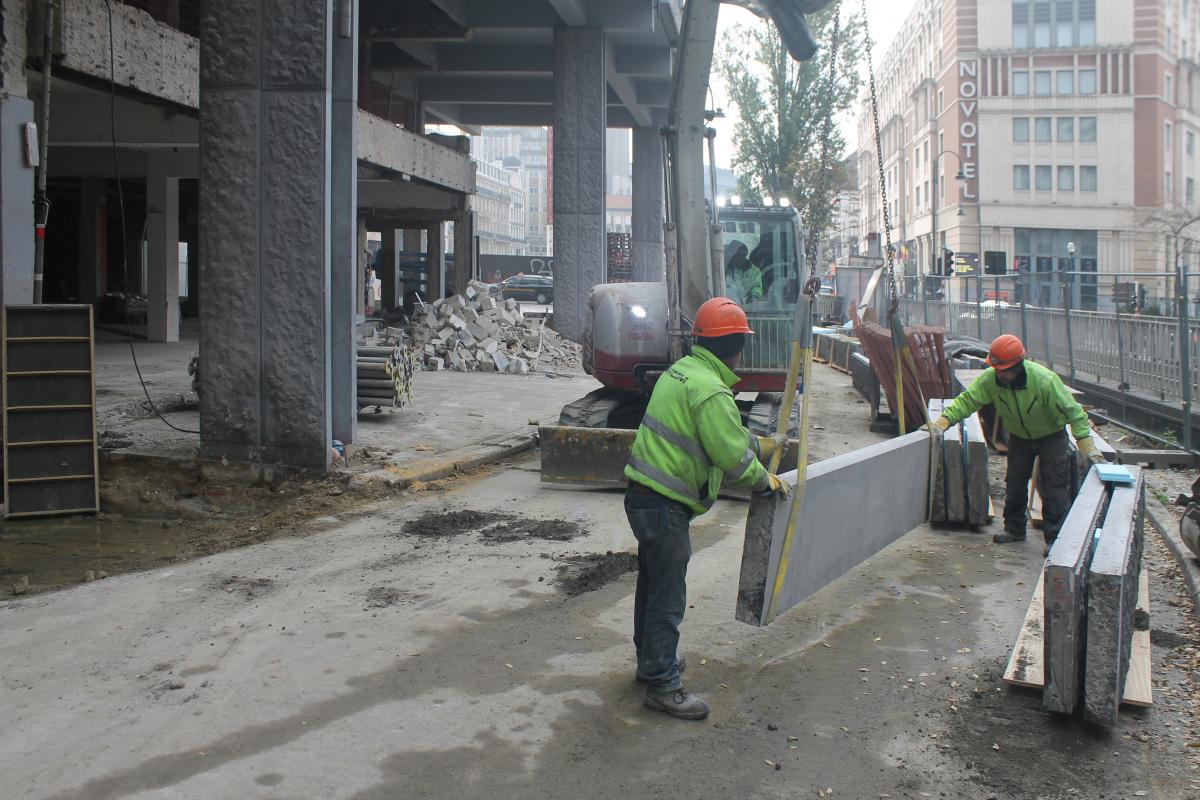